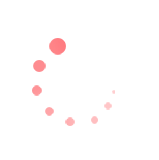 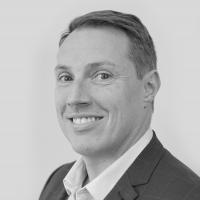 Email me
SHARE:   / / Save to Favourites Remove from Favourites

Just How Safe are Natural Refrigerants? Let Me Explain

One of the biggest roadblocks to cheaper, greener commercial refrigeration are persistent myths about the safety of natural refrigerants. It’s time for a reality check.

I like a good action movie as much as the next guy, but outside of the local multiplex I have to say I’m not a fan of manufactured pyrotechnics.

We live in the attention economy and the age of outrage. Measured opinion is not exactly falling off every tree. So maybe I shouldn’t be surprised to encounter extreme – and extremely uninformed – opinions about green fridges.

After all, it’s not like a lot of these “concerns” can be taken at face value. If you want to save money in the short-term by purchasing a fleet of high GWP (global warming potential) fridges, saying that your hands are tied because of the “safety risks” is a great way to end the conversation.

So, for everyone who wants their business to invest in green and efficient refrigeration, here’s a few counterpoints for the next time someone in your buying group starts setting a scene straight out of a Michael Bay movie.

That’s right! Every time you go home and pull a beer or bottle of sav out of the fridge in your own kitchen, you’re very probably using a green fridge.

Of course, that might not be the case. An easy way to tell is if your fridge comes with a lead-lining warning sticker and looks like it was designed by the guy who came up with The Jetsons.

The only reason we’re talking about natural refrigerants as an innovation still, is because it took longer for manufacturers to perform due diligence for commercial environments with wider temperature ranges to make sure performance was improved.

In other words, commercial fridges in places like restaurant kitchens work in hotter temperatures, which puts more strain on a fridge to perform and sucks up more power. It was this roadblock – making sure efficiency performance was preserved or improved with the application of natural refrigerants – that delayed adoption. Yes, safety was – and is always – a paramount concern with any fridge design. Yet, in adopting natural refrigerants, the industry has had to work hard to make sure green fridges deliver marketable improvements in other areas, not just safety or environmental impact.

"In adopting natural refrigerants, the industry has had to work hard to make sure green fridges deliver marketable improvements in other areas, not just safety or environmental impact."

A risk event is incredibly difficult to replicate

When someone thinks of flammable gas they typically picture a 9kg bottle of propane, the kind you gingerly take down to the local gas station for a refill at the beginning of barbecue season.

Now, consider this - a fridge is not allowed to contain any more than 150 grams of natural refrigerant as a first measure.

This amount, on its own, is exceedingly unlikely to be enough to present a risk. But it’s also in a compartmentalized containment system designed – at least in SKOPE’s case – by some of the world’s top refrigeration engineers.

For flame propagation, a certain ratio of natural refrigerant to oxygen must then be met in the presence of an ignition source when the leak occurs.

But ultimately, for an explosion to occur, this also has to happen in a really confined space outside the fridge (which rules out most customer-facing areas a fridge is used in).

Did I leave anything out? Oh yes, I did – these are fridges we’re talking about!

So the types of leaks possible are just not conducive to supporting these scenarios.

A leak will either be “large” – as large as a portion of 150 grams could be considered anyway – and see the gas leaked in a brief moment at high pressure.

Or the leak will be “small”, with a tiny portion of that 150 grams slowly dissipated over the course of a few days.

Both types of leak significantly reduce the chances of the refrigerant/oxygen mix reaching a flammable ratio.

And we haven’t even talked yet about the unlikeliness of there being a significant ignition source in the vicinity of the leak – a source which in itself has to be above a certain high temperature to ignite the gas.

But also, on top of that, if you use a fridge with an interchangeable cartridge (like SKOPE’s ActiveCore 2 display fridge) it gets even safer because repairs take place off-site. In fact, in many cases, the technician simply swaps the cartridge out for a new one.

So, to clarify, while it is possible for a natural refrigerant in a modern fridge to present a risk, it is extremely unlikely.

It would require a set of extremely convoluted parameters to provide the volume of gas required, leaked at just the right pace required, around an ignition source hot enough, and all miraculously at the same moment. And then, for an explosion, it would also have to occur in a really confined space where no normal business would place a fridge in the first place.

It’s not pigs might fly unlikely, but perhaps pigs learning to pilot a plane unlikely!

Risk management is actually more about the people than the product

The focus is always on the fridge because a lot of people see fridges as static assets that need little input.

But any fridge is only as good as the maintenance it gets, especially in commercial environments where warm and dusty drafts of air challenge fridge performance.

Which makes the quality of technicians the secret most important factor in all of this.

As natural refrigerants are a flammable gas, there are obviously precautions technicians have to take to promote safety.

Or, even better, choose a manufacturer that provides qualified, vetted technicians as part of a comprehensive, warranty-backed maintenance programme that lasts the realistic ownership period of the fridge prior to replacement.

There is no competitive advantage to delaying adoption.

Environmental regulations are already in place to enforce the managed phasing out of high GWP commercial fridges in most markets, making adoption of natural refrigerants a case of ‘when’, not ‘if’.

Now, the more cautious may say “Let’s wait for the technology to become cheaper, let someone else go first!”

And I’ll tell you why.

In this day and age there are no excuses left for not embracing refrigeration that helps your business save money while also helping the environment.

Some will always point to the fact that natural refrigerants are a form of flammable gas as a reason not to.

But, at the very least, I hope I’ve helped you understand why that argument is, well – how does one say this? – a lot of hot air!

If you’d like to know more about natural refrigerant fridges and ice machines, let me know. I’m always happy to talk refrigeration if you’re weighing up solutions for your business.